Not going to call it plywood plains… just the current status.

I realize I haven’t blogged about it for a while and to be honest was at risk of being a list of the projects I never start. But it’s been nice outside and have had a little motivation from some blogs I follow so I gathered up the saws and set to work. The blog post that pushed me over the edge can be found here at the Model Railways of Oly Turner and Chris Matthews. The line that acted as a catalyst was “at home I wanted to do some shunting” and it made me realize that I had been wanting to do that too. Now Oly and Chris’ blog has really made me want to dump everything for British trains budget to completely switch prototypes and lack of knowledge to do it well.

It’s built in three sections, on the rightt side is a 1ft x 8ft section and on the left 1ft x 4ft with a 2ft x 2ft section in the middle. Right now the middle piece is a square but will later be trimmed but I want to wait until I’ve got the track arrangement figured out so I don’t cut too much off.

I got some thread inserts and screws for the joints so they work as alignment but are easily removable. I’ll need to find a couple washers so I’ve got a little bit more torque holding things together but it’ll do for now. 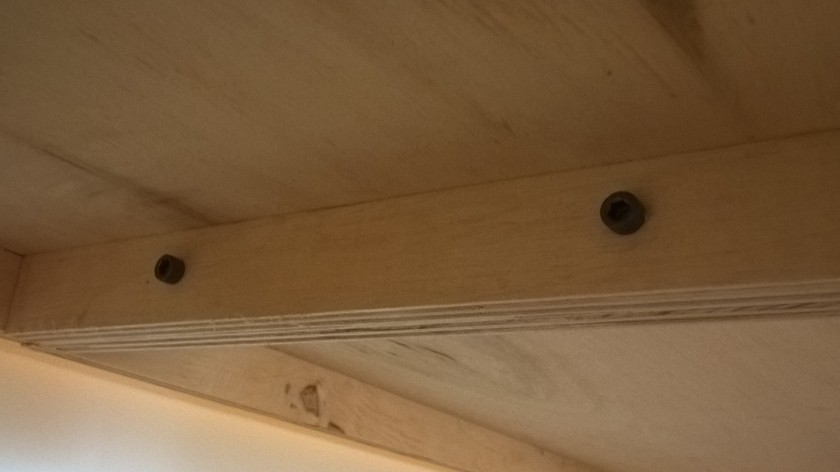 Check us out on facebook at Matt’s Model Railroading