Warning, this post isn’t at all about trains. If you are just here for the trains I totally understand if you skip this one. I won’t name names (so nobody will know I’m talking about you Kris 😉 ), but someone was giving me a hard time about my printer review not having any pictures of the cool stuff I’d made. The simple answer to that is I hadn’t finished anything cool yet. One of the biggest surprises to me was just how long it takes to print things, that’s why when you see a video of something being printed it’s almost certainly a timelapse loop. So I’ll be posting updates every once in a while with some of the neat stuff I’ve printed even if it’s not train related. In another note I do have a camera so I can take time lapse video of things being printed but need to get some focus and lighting issues worked out before they are worth uploading.

One of the first projects to finish was a golden snitch (from Harry Potter for anyone wondering what that means).

I got this model off Thingiverse – Golden Snitch with Screw lid, and while this one didn’t turn out perfect do to some printer configuration issues (which I think I’ve got worked out, might try re-printing it) it still is pretty cool. The bottom screws off and there is a little place to hide something (like a stone…). I printed this in part because we are big Harry Potter nerds and because my oldest is turning 11 this month and thought it’d make a cool decoration.

It’s printed in white PLA and primed with Vallejo Gloss Black primer with the idea that the dark base would give it more depth (learned this trick from the Metal Colors I did last summer). Then I painted it with some Gold Vallejo paint and got a nice result. 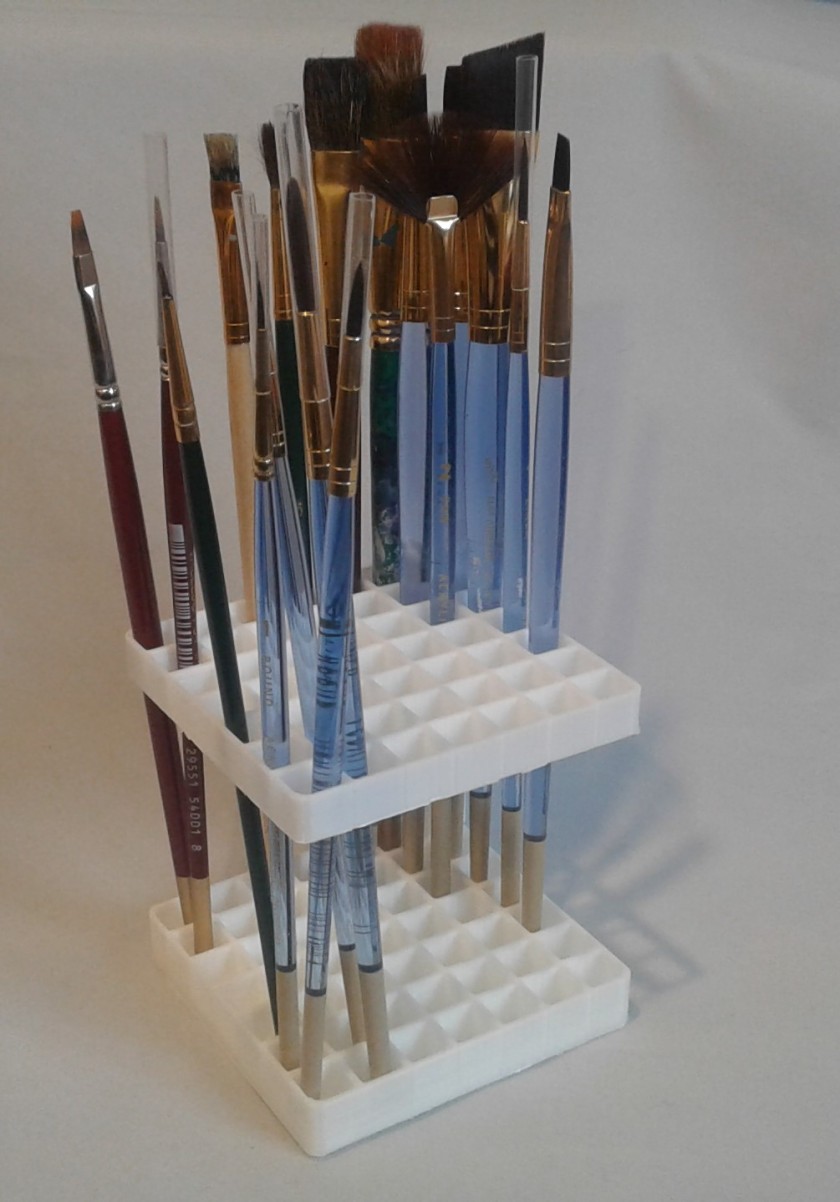 Next up a neat paint brush stand, which can be found on Thingaverse –  Cubistand, since this one is a mostly functional piece I probably won’t paint it… unless I get bored. 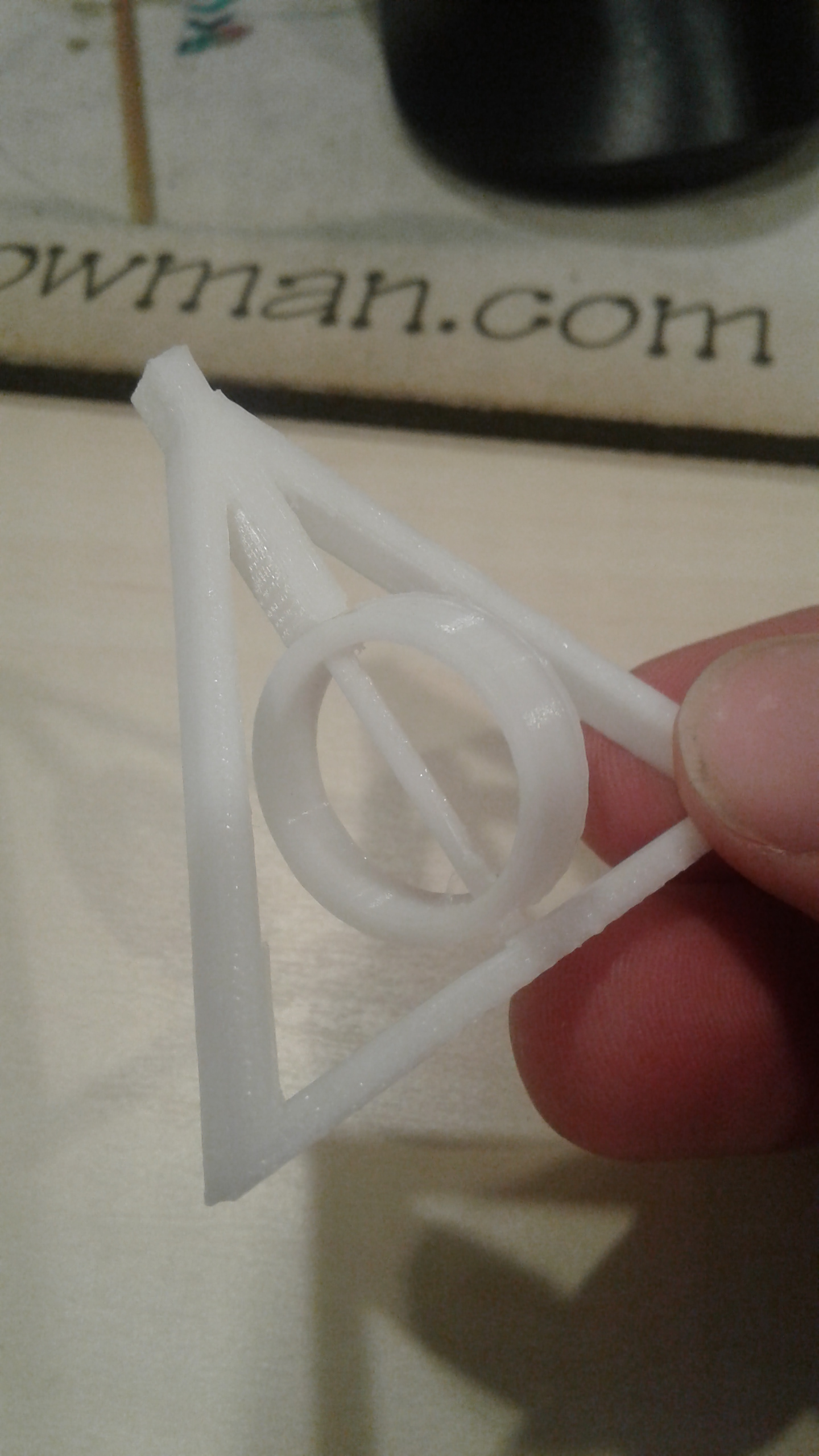 Finally hot of the press printer bed (as I type this) a Deathly Hallows pendant (also Harry Potter… I said we were nerds) which can be found on Thingaverse – Deathly Hallows Rotating Pendant. This one I particularly wanted to try as it’s printed as a single piece but the circle can move freely once you cleanup the supports. I’m not sure how painting this one is going to go while keeping it moveable.