As I was collecting things I’d done over the last couple of days for a weekend update I realized I’d worked on a lot of different things.

Next up was working on my Soo 320 switcher project. I started with some new hand rails in a lighter wire and painted with a white primer (hopefully sticking to the brass better). 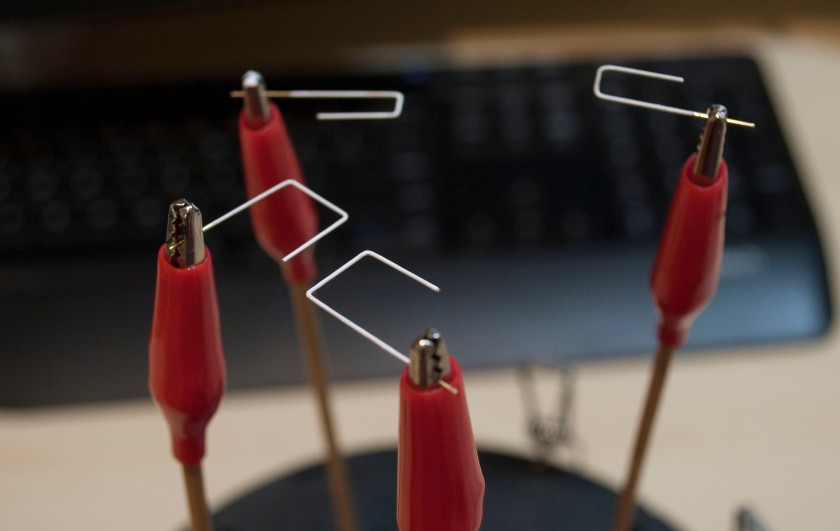 With them drying on the first coat I turned my attention to lights… or at least that was the plan. I ran some test runs to make sure it was running well first and had some pickup problems. This involved completely tearing it apart and making a mess of things but I was starting to see light at the end of the tunnel when this cracked…

Lovely, I’m poking around looking for a donor mechanism or replacement parts. Although the pickup on this locomotive in particular (but to an extend all of them) works way better on the non-weathered rail. It’s all ME code 83 but some of it is the pre-weathered and it gets better when I run a cleaning car over it but it’s still not perfect. Is this common on the pre-weathered rail?

While I was working on the SW1 pickup and had the trucks torn apart I took some Vallejo Matt Varnish (70.520) and painted the faces to give it a flat surface for some weathering powders which I did when dry. It’s not a terribly noticable effect but I like it. 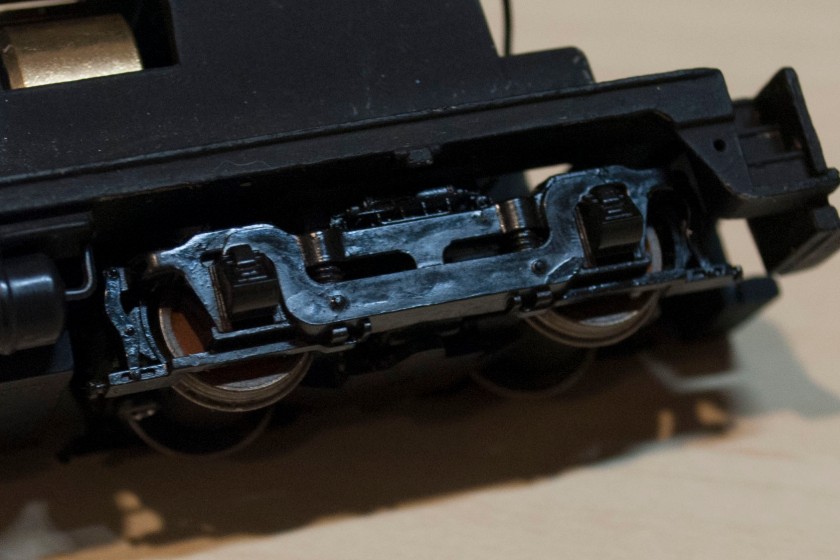 Speaking of track cleaning car, I’ve got a cheap Walthers (I forget which line it comes from, but I paid less than $10 and in a brick and mortar hobby shop and it wasn’t on sale.. and it come with metal wheels) boxcar with a piece of masonite under it. I decided to have a little fun and spuce up the wheels and trucks. The trucks got the vallejo steel metalic colors treatment and Matt Varnish, while the wheel faces got a black varnish and Matt Varnish. Then brushed rust colored Bragdon powders on.

I didn’t cover it with anything (as that tends to turn the powders into a solid paint color) so we’ll see how it lasts with handling.

I also got the RaspberryPi running again with JMRI, I’ve got it hooked up to my Digitrax Zephyr with a PR3 but I don’t think I’ll be installing any UP5s (at least any time soon) and just using Engine Driver on my phone. I do prefer the tactile buttons but the price of wireless is just so much cheaper than Digitrax.

I’ve got a couple interesting projects coming in the next week, and I have some time off after Christmas that should make some fun projects (let’s just say I’m super excited!)